Rashes are a rite of childhood. Every child gets one kind of rash or another as they're growing up. Some have the luck to experience several!

Thankfully, there's only a few types of rashes that are cause for concern.

Petechial rash looks like bruising or bleeding under the skin. The discolorations will also not respond to blanching (imagine when you poke a sunburn and it pales and then reddens again when you remove your finger). A good video link to demonstrate blanching is here.

If  your child seems very sick, has a high fever, has low energy and seems less- or unresponsive, and they have a petechial rash, they should be seen in an emergency room as soon as possible, as this can indicate a serious deep body infection.

Otherwise, petechial rashes can be caused by hard coughing or vomiting, particularly if the rash is in the upper 3rd of the body, as well as minor trauma, or rarely, a low platelet count. Platelets are a critical part of your body's ability to form blood clots.

While most petechial rashes aren't anything of concern, it's important that any petechial rash, even if not meeting the ER criteria above, be evaluated at a same day provider's visit.

There are a few other rashes that are worth mentioning specifically:

Chickenpox virus rash is commonly described as "dewdrops on a rose petal" for the characteristic appearance of clear or fluid-filled bumps lying on reddened skin. Kids with chickenpox also typically have some cold like symptoms and fever. However, if your child has been vaccinated for chickenpox the illness shouldn't be as severe and may only present as a rash which is also often less widespread.

Unfortunately, new measles outbreaks seem to be more common these days. Measles rash is a head to toe rash that starts at the hairline and spreads down the face and abdomen, and out towards the extremities from there. Kids with measles also usually have a cough, significant runny nose and inflammation of their nasal passages, and pinkeye, as well as fevers.

If you think your child has either chickenpox or measles, a same day provider's visit is recommended. It's best to call ahead so that arrangements can be made to avoid exposing other children in the clinic to these illnesses.

There are many non-urgent common rashes that warrant a medical provider's visit.

Disclaimer: This symptom guid is not a substitute for professional medical advice, diagnosis or treatment. If you think your child may have a life threatening emergency, immediately call your doctor or dial 911.

Get Advice for Your Child’s Symptoms

Our Panic Free Symptom Checker for Kids is written and reviewed by expert physicians and medical professionals. Simply choose a symptom and answer a few questions to find a recommendation for your child’s issue. 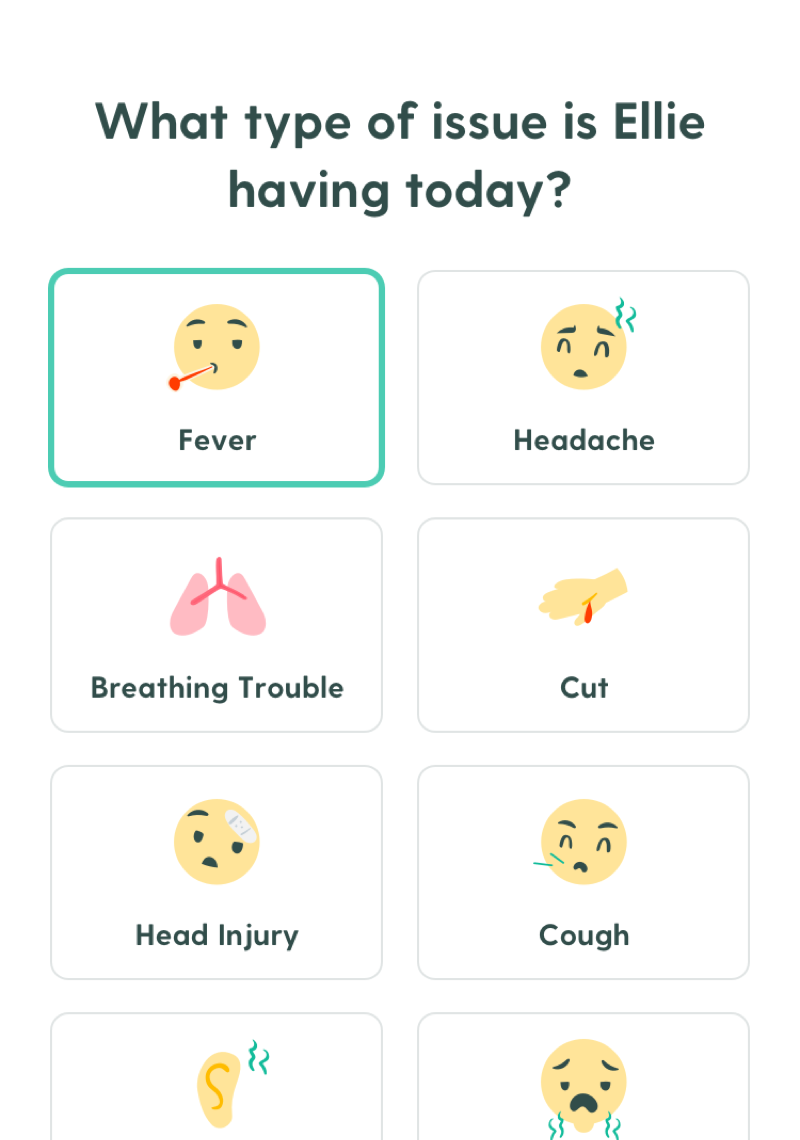 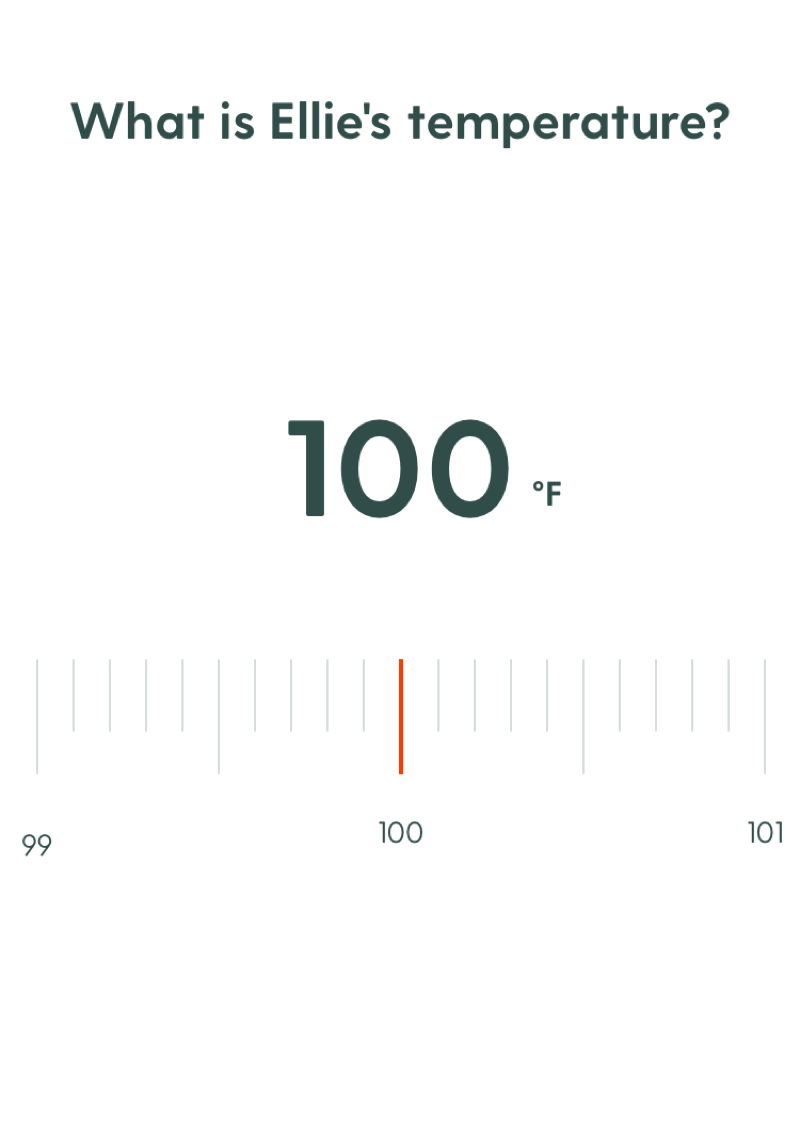 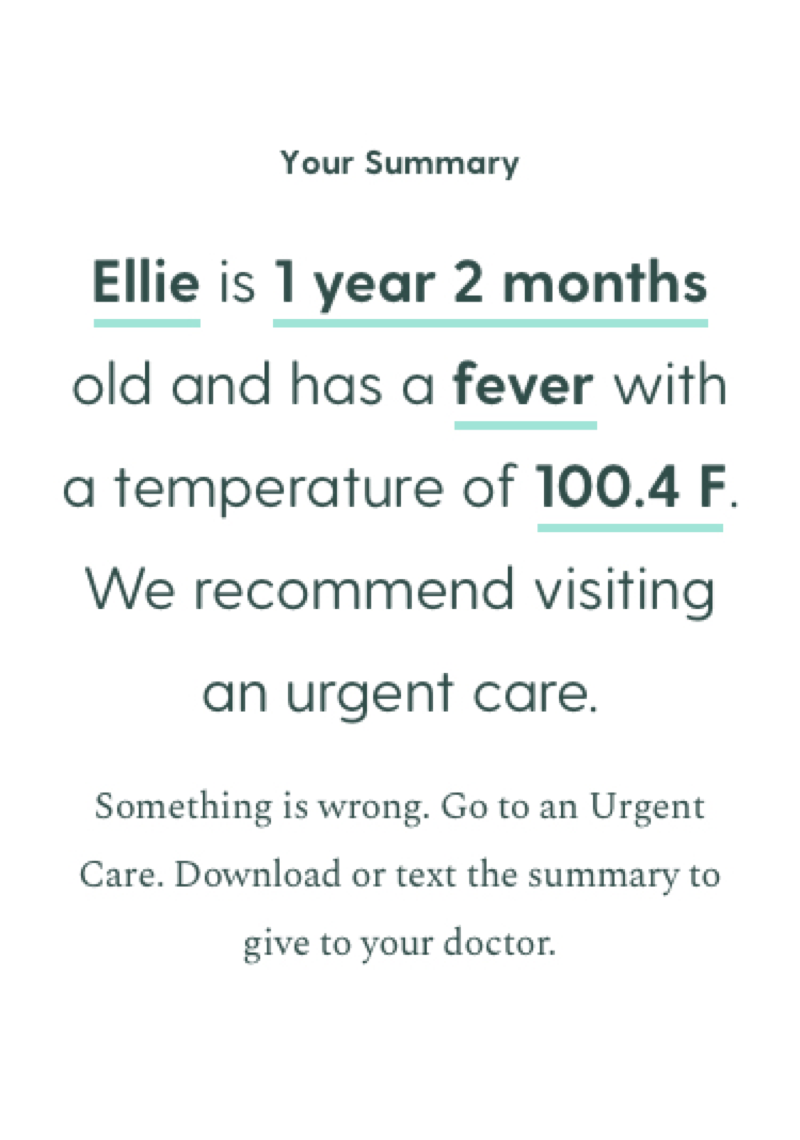